Clubs don’t generally have Ballrooms. The Savile however delights in one of the most exquisite and unknown rooms in London.

The huge Ballroom and its imperial staircase were unusually conceived as a single majestic sweep of space, uniting the ground and first floors. It was adorned with a lighthearted manifestation of the Louis XVI style, which had become so popular in the 1880s. The room floods with daylight from tall windows at both ends and at night the venerable chandeliers, donated to his club by Sir William Orpen, glitter in the profusion of mirrors. Such was the impact of this extravagant room on the Savilians of the 1920s that it was immediately painted brown in an attempt to render it more masculine. It was gloriously restored in blue and white gold by an eminent architect member, Dennis Lennon.

It has long been popular for special events and receptions: the waiting list for the Members’ Christmas Dinner, one of the few evenings where the Savile does indulge in a degree of formality, is legendary.

The frequent concerts given here are hugely enjoyed by members and their guests. The delicately vaulted ceiling, sprung floor and painted limewood walls give this room a wonderful acoustic.

The Ballroom in conjunction with the Dining Room and the old staircase has been much sought after for film locations.

Additional photos of the Ballroom and Sandpit (click to enlarge): 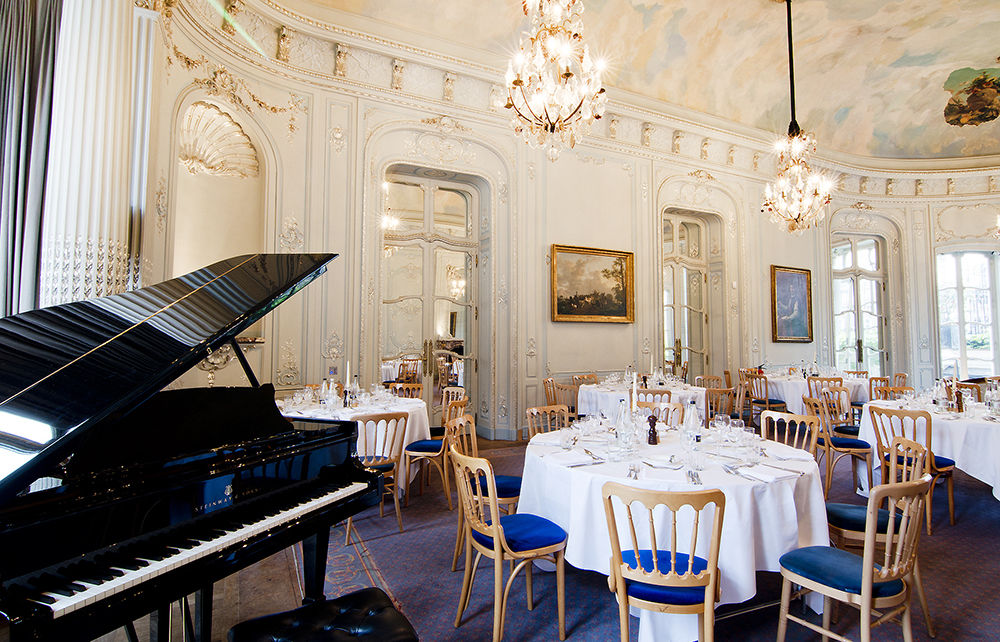 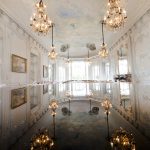 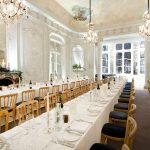 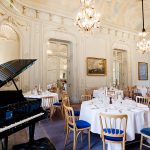 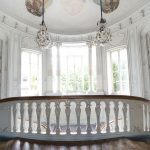 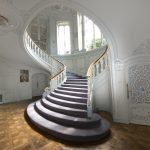 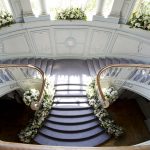 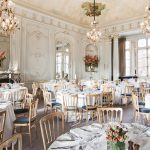 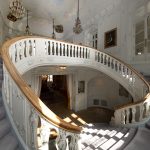 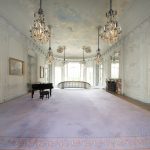 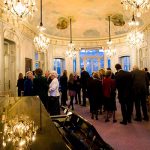 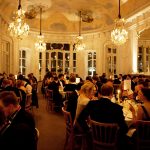