Consumate gamesmanship is indigenous to the Savile, indeed Stephen Potter, author of the Gamesmanship books, and after whom the Snooker Room is named, was an enthusiastic member.

It was Robert Louis Stevenson who famously observed to another member the connection between a proficiency at Snooker and a misspent youth, and Stevenson was a keen player of the game to the Club’s own rules. Savile Snooker was designed to enliven the game and permits out-of-sequence potting of the coloured balls, with a penalty attached for failure, of course. It is said that there is still a strong tradition of playing a very similar game in Samoa, where of course Stevenson settled.

There is a Club league and Club competitions but the Snooker Room is most often enjoyed informally after dinner. 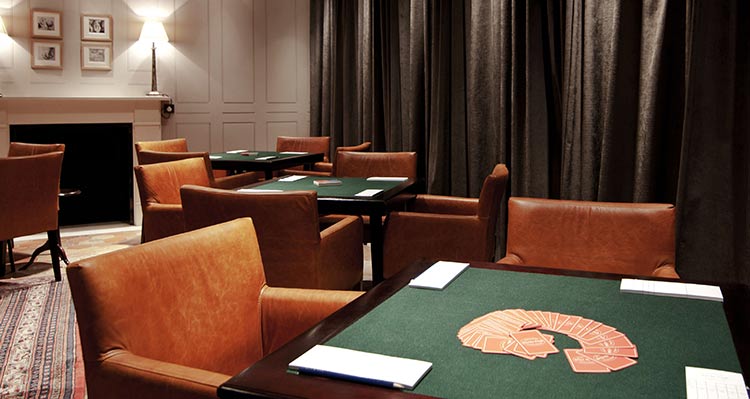 Bridge and Poker are particularly strong at the moment. Apart from various competitions with other clubs, the Poker School and the Bridge Players meet at least once a week in the evenings in addition to playing numerous afternoon games. 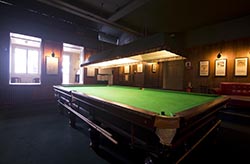