The Savile has no political affiliations and is a social club in every way. The membership embraces all professions today; it is much more a question of “what kind of person” is a prospective member rather than “what he is or does”. Despite this the Club remains largely “artistic” with many authors, scriptwriters, journalists, actors, television producers and musicians forming the backbone of the membership. Scientists too have always been prominent at the Savile. Among former members were Sir Charles Darwin, Sir John Cockcroft, Lord Rutherford to name but a few. Early literary members included Robert Louis Stevenson, Thomas Hardy, H.G. Wells, Rudyard Kipling, Sir Compton Mackenzie, Max Beerbohm, W.B. Yeats, A.A. Milne, Henry James, C.P.Snow. A few of the musicians who have been members are Sir Edward Elgar, Sir William Walton, Sir Arthur Bliss, Sir Charles Villiers Stanford and Roger Quilter. 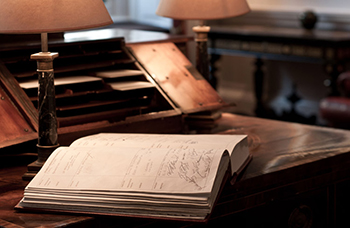